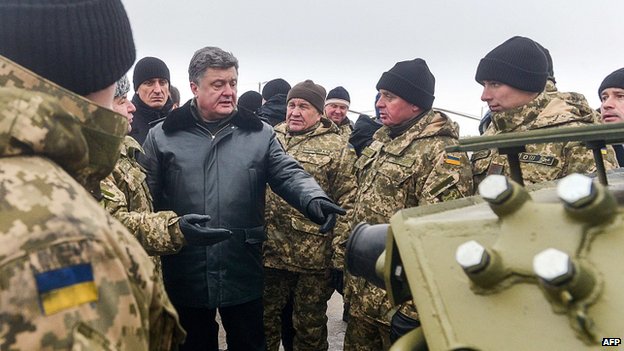 Ukraine’s parliament has voted to drop the country’s non-aligned status and work towards Nato membership.

The BBC’s David Stern in Kiev says it is not clear when Ukraine will apply for Nato membership and many officials see it as a distant prospect.

Russia, which annexed the Crimean peninsula in March, denies supplying the rebels with weapons. However, it is subject to EU and US sanctions over the crisis.

In a vote in Ukraine’s parliament on Tuesday, MPs overwhelmingly backed the move by 303 to eight.

The non-aligned status, which Ukraine adopted in 2010 under Russian pressure, prevents states from joining military alliances.

Addressing foreign ambassadors on Monday night, President Poroshenko said Ukraine’s “fight for its independence, territorial integrity and sovereignty has turned into a decisive factor in our relations with the world”. 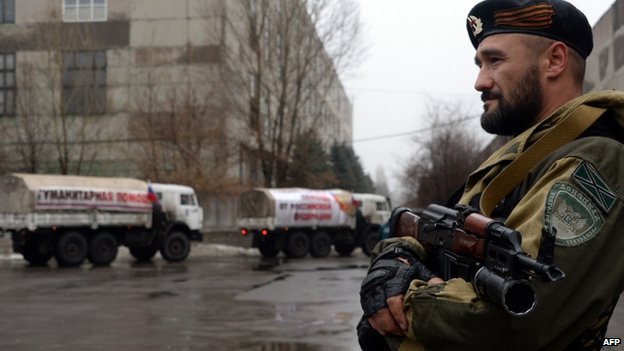 Russia has made no secret that it opposes Ukraine’s move towards Nato.

Andrei Kelin, Russia’s envoy to the Organisation for Security and Co-operation in Europe (OSCE) said on Tuesday: “It’s an unfriendly step towards us. This political vector will only add to nuisances and acuteness in ties.”

In a Facebook post on Monday, Russian Prime Minister Dmitry Medvedev warned that Ukraine’s rejection of neutrality would have “negative consequences”.

“In essence, an application for Nato membership will turn Ukraine into a potential military opponent for Russia,” he wrote.

A Nato spokesman in Brussels said on Tuesday that any accession to the alliance would probably take years, Reuters reported.

Some Nato members are also lukewarm towards accepting Ukraine, our correspondent says.