Out of media player. Press enter to return or tab to continue.

Mr Abbott said the National Security Committee had met to discuss the development on Tuesday.

However, the terrorist threat level would remain at “high” and not be raised to “extreme”, he added.

Earlier, memorial services were held for the two hostages killed by a gunman in the siege.

Tori Johnson and Katrina Dawson were shot by Man Haron Monis at the end of the 16-hour stand-off at the Lindt cafe in Martin Place. The gunman was shot dead by commandos.

Out of media player. Press enter to return or tab to continue.

Several of the 17 other hostages, along with New South Wales Premier Mike Baird, attended the funeral service for Mr Johnson, the manager of the cafe, at St Stephen’s Uniting Church.

More than 1,000 people also went to a separate memorial service for Ms Dawson at the University of Sydney, where the barrister was a student.

At Tuesday’s meeting of the National Security Committee, Mr Abbott said he had received a briefing from security agencies which indicated that there had been “a heightened level of chatter amongst people who we would normally think of as terrorist sympathisers”.

“We don’t know when and how an attack may come, but we do know there are people with the intent and the capability to carry out further attacks.” 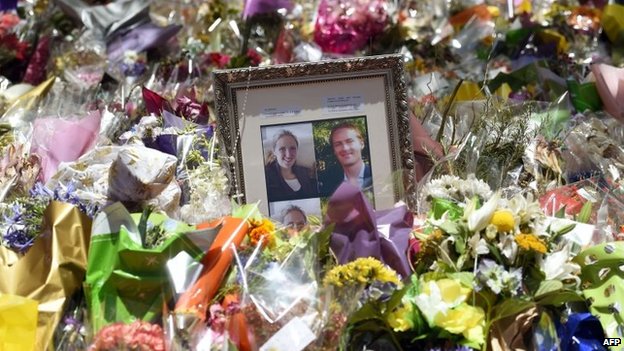 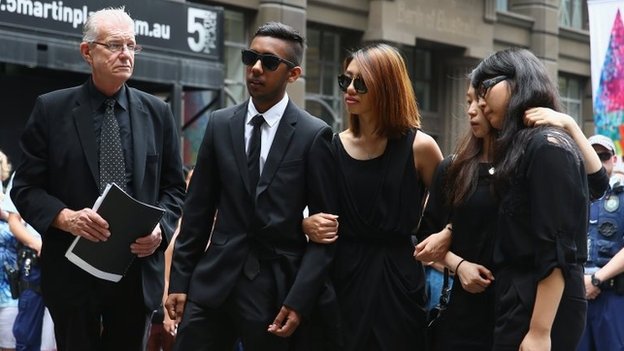 Mr Abbott said the level of Australia’s National Terrorism Public Alert System would not be raised.

“I am alerting people to the fact that the terror threat remains high and as you all understand, at this level, an attack is likely,” he said.

“That’s why it’s important that people remain alert and aware, as well as reassured that our police and security agencies are doing everything they humanly can to keep us safe.”

The threat level was raised to “high” in September, with officials citing concerns about the threat posed by citizens returning to Australia after fighting for Islamic State (IS) in Syria and Iraq, and those actively supporting extremist groups within the country.

The BBC’s Phil Mercer in Sydney says the Australian government has brought in new laws to try to combat the menace of home-grown jihadists. 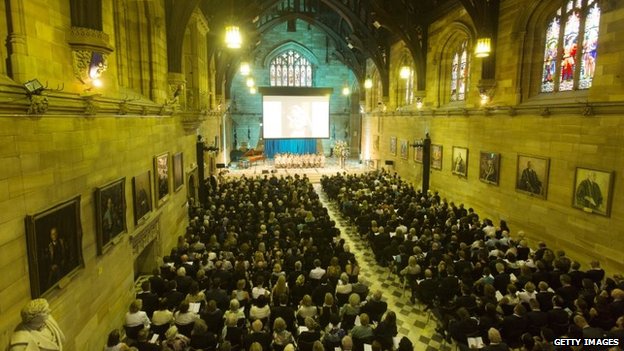 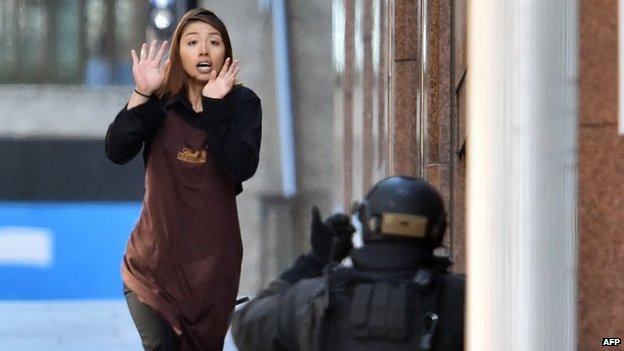 Its critics insist, however, that Australia’s military involvement against Islamic State in Iraq has made it more of a target for militant networks at home, our correspondent adds.

The authorities have not classified the cafe siege as a terrorist attack.

Monis, a self-styled cleric who was originally from Iran, had a history of religiously-motivated activism and displayed a black flag bearing the shahada – the Islamic statement of faith – during the siege.

However, officials have said there is as yet no evidence that his actions were linked to global jihadist networks like Islamic State.

Mr Abbott has announced a review into the background and security checks on Monis, who was granted bail after being charged with being an accessory to the murder of his former wife last year.

He was also accused of more than 40 counts of sexual assault and was convicted of harassing the families of soldiers killed in Afghanistan.

How the 16-hour Sydney siege unfolded 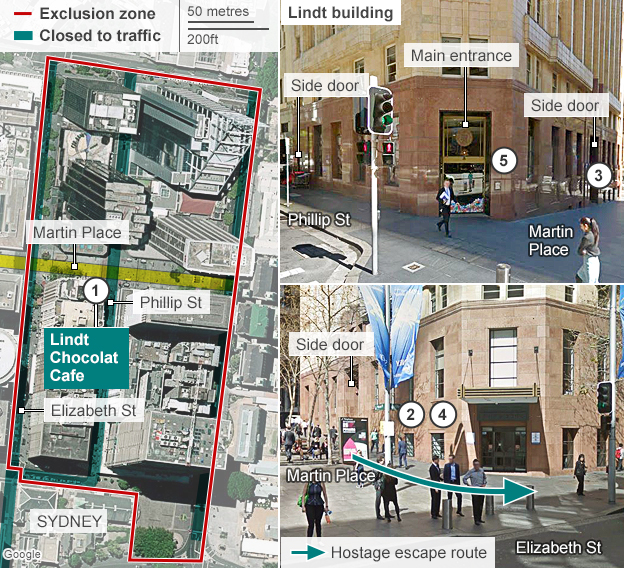