Sweeping advances by Islamic State (IS) in Syria and Iraq have alarmed neighbours like Jordan, fuelling concern about IS supporters within their own borders, reports the BBC’s Quentin Sommerville in the Jordanian city of Maan.

Dozens of IS supporters took to the streets of this southern city in June, and the militants declared it their “new Fallujah”, another IS capital.

The flags have now gone, but the support has not. And on Jordan’s northern and eastern borders, the IS has never been closer.

It is a threat not only to Jordan, but risks bringing extremists to another border of Israel, Jordan’s neighbour.

After Friday prayers, I met Omar, an IS believer. I asked him how he could justify the militant group’s tactics, including the murder of British and American hostages.

“The simple response is: It’s right to torture and behead them,” he said. “This is how we take rights back, we do not refer to the UN, they are faithless, and this would be blasphemy. We use Sharia law. Our Koran is our reference, for law and justice. 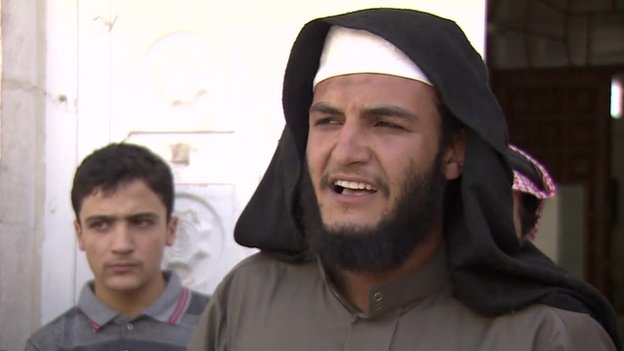 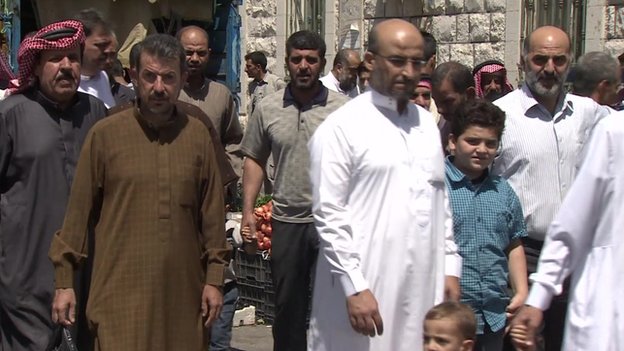 Surrounded by a crowd, he felt no need to hide his identity or temper the brutality of his views.

“It is only the beginning,” he continued, “the worst is yet to come.

“The Islamic state will not answer to a sinner and disbeliever, whether they are journalists or in the military… We have no loyalty to these sinners, they started this war and and they will pay for it.”

Jordan is in the midst of a crackdown against supporters of IS and other extremist groups.

In the last few months more than 600 have been detained and 150 charged for declaring support for either the al-Qaeda-linked Jabhat al-Nusra or the IS.

So far 15 men have been convicted – a post on social media is enough to merit a sentence that stretches between three-to-five years. 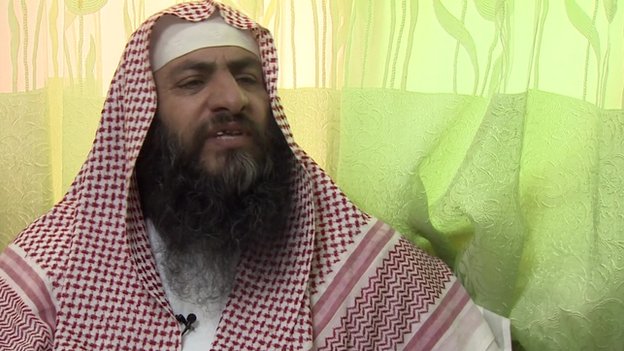 Mosa Abdallah, a lawyer for some of those being prosecuted, says that they are being convicted because of an amendment to Jordan’s counter-terrorism laws is being used too liberally.

“They’re preventing fair trials in these cases,” he said, “the sentences are tough and unfair against those being prosecuted.”

Jordan’s borders are not about to be over-run however.

Along its frontier with Iraq they have deployed reinforcements, but the threat from the IS is real, the country’s interior minister says.

Thousands of Jordanians have gone to fight in Syria. They are second only to Tunisia in terms of the number of foreigners fighting for IS.

Just last week, three French mirage fighter jets were deployed to Jordan, as part of the US-led fight against IS.

Jordan is one of 10 Arab nations that said they would do their share to fight IS. That commitment has infuriated militants within the country. 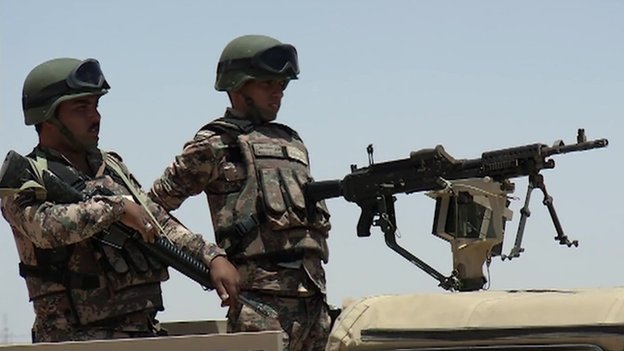 Jordan has ramped up security along its borders

“The threat here has increased for sure,” said Marwan Shehadeh, a Jordanian analyst.

“Before, [militant] supporters spoke to the media, or explained themselves online… Now they’ve gone underground. The risk of suicide attacks in Jordan has increased unless there are preventative measures.”

It is a threat that Jordan knows only too well. In 2005, in a co-ordinated attack on three luxury hotels in Amman, blamed on al-Qaeda, killed least 57 people and wounded 100 more.

Speaking about the present danger, Interior Minister Hussein Majali said that the militants do not just pose a threat to Jordan but to the the world.

“But their physical and geographical proximity [means that] they pose a threat [to us] more than other nations.”

It is particularly the young – and the poor here – who are drawn here to IS.

Jordanian Sheikh Mohammad Shalabi, also known as Abu Sayyaf, has encouraged young Jordanians to fight in Syria. Close to al-Qaeda, he believes in Jihad, but says IS does not represent Islam.

“Men who love Jihad want to do it all over the world – but Syria is especially attractive because it’s close to Jordan… But we are against anything that contradicts Islamic teaching and principals. The goal of Jihad is not killing nor beheading, it’s solely to spread Islam,” he said.

Jordan has joined the international fight against IS and is now fighting a battle on two fronts. The first is the danger of an attack on its home territory and the second is militant ideas and ideology taking a hold among the young and disaffected.